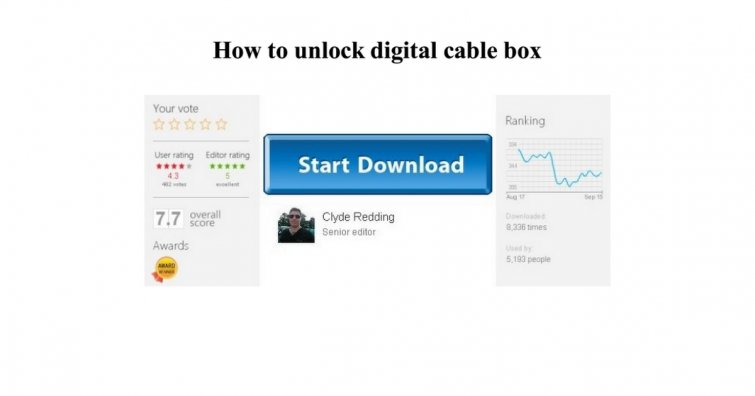 Imagine traveling back to 1996 in a typical American living room. What's changed? The TV is three feet thick and weighs 150 pounds. There’s a VHS videocassette recorder underneath, but no Internet-connected devices to be seen.

The cable or satellite tuner box. It’s a black or grey plastic slab. You have to lease it from your pay-TV provider for a monthly fee. It doesn’t add much functionality to your living room setup, except that your TV subscription doesn’t work without it.

We’ve seen a technological revolution but one thing hasn’t changed: whether it’s 1996 or 2016, the cable and satellite companies have kept their monopoly on set-top boxes. Lack of competition keeps those boxes feature-poor, electricity-hungry, and expensive – users pay an average of $231 per year in rental fees.

After decades of stagnation, that could all change this year. Today, the Federal Communications Commission proposed a new set of rules known as Unlock the Box. These new rules will allow pay-TV customers who use cable, satellite, or phone company services like Verizon FiOS to attach the devices of their own choosing to their cable, without a rented box in between. If done right, these new rules have the potential to open up new innovation in video technology from new sources, without a veto from established players like Comcast/NBCUniversal, Time Warner Cable, DirecTV, Disney, and Viacom. The new rules could let people choose their devices and customize their user experience, but still watch all of the TV programming they pay for through the same devices.

Video devices built to a new open standard could search for programs across multiple services: one search might encompass Comcast’s channel lineup, Netflix’s on-demand catalog, hobbyist videos from the Web and shows saved on a DVR. User interfaces to all of that content could be as varied and customizable as mobile apps are.

In short, new Unlock the Box rules could help make pay-TV service more like the Internet, where many different kinds of devices can connect to access creative content and information and then present that content as the user wishes.

Open standards for connecting to communications networks have always promoted innovation. Before 1968, every telephone in the U.S. was leased from AT&T for a monthly fee. While they worked well, those phones had little functionality. They simply made calls. The FCC’s Carterfone decision, which required AT&T to allow anyone to manufacture and sell customer equipment allowed independent innovators to create the fax machine, the cordless phone, the answering machine, and the telephone modems that let ordinary people begin connecting to the Internet in the 1990s. New rules that let customers get pay-TV service from one company while getting video devices and apps from different, independent companies can release another new wave of innovation.

This goal is not new. In fact, twenty years ago, Congress ordered the FCC to “assure” that customers could buy “converter boxes, interactive communications equipment, and other equipment” for viewing pay-TV from companies not affiliated with any cable or satellite TV service. The Unlock the Box proposal is an opportunity to finally reach that goal.