How to get Free digital cable?

How to get FREE HDTV (and all your DTV questions answered) 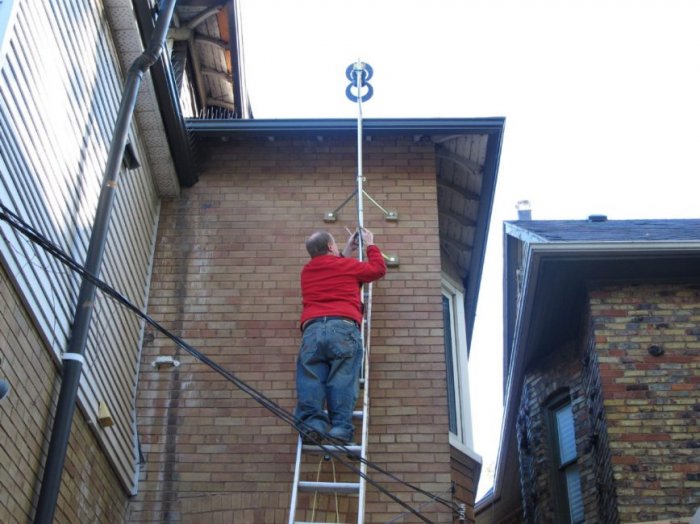 How you can get free HDTV with higher quality than available on your cable or satellite provider.
(Free after initial start-up costs, if you do not have an antenna already - generally, a complete setup can pay for itself in the cost of 2 months of cable or satellite)

First, I will dispell a few myths about digital TV, and then I will give you the basics on how to get things running.

First: I hear you need a whole new antenna set up to view digital tv.

Digital tv runs alongside analogue tv in the exact same spectrum. It uses the same channel frequencies, and the same antennas. (any antenna called HD antenna is marketing BS)
The only difference in broadcasting is the content of the signal and the decoding process.

Second: I need a whole new TV to view digital (and HD) tv.
Partially true, but not for every circumstance. You can use your same TV to view digital TV, but if it is an older TV is will not be capable of displaying the true quality of an HD signal, and it will require a converter box (roughly $50). This would be like a digital cable box, or a vcr that does the current analogue decoding for you.
If you own a new LCD/plasma TV, chances are it includes a digital tuner already (ATSC/DVB-t, depending on your location).
Check its specs before you go looking for a converter box.
(Note that some converter boxes are SD only, look for a converter box that outputs in HD if you have an HD ready tv)

Third: All DTV is HDTV.
These terms are commonly mixed up.
Digital TV is the same as the ordinary analogue broadcast television today, just in a different signal/processing format. (480i). Because of the superior nature of digital TV, you will get a perfect picture every time. (Or below a certain signal level, no picture at all. Much around the distance that analogue tv gets too fuzzy to watch)
HDtv is also purely digital (perfect picture every time), however it can go up to much higher resolutions, such as 1280x720 progressive (720p) or 1920x1080 interleaved (1080i).
1080i has roughly double the pixels of 720p, but half the framerate.
Also, just because a channel is broadcasting at an HD resolution, does not mean the picture is HD. For example, a show from the 90's cannot be broadcast in HD without remastering it, so it is probably standard definition (SD) stretched to fit the HD resolution. ("upconverted")

Fourth: Antenna TV? are you kidding me? Cable/satellite is far better! I haven't used an antenna for 20 years!
Cable and satellite used to be better than antenna simply because analogue broadcasts degraded quickly as distance increased from transmitters, and cable/sat companies could get optimum reception and send it to everyone.
With new digital broadcasting, you get perfect picture with as low as 20% signal (with a new tuner) - roughly about the same point when analogue broadcasts were too fuzzy to watch.
Cable and sat may have it beat in terms of offering quantity, but antenna tv now has them beat in quality. Generally the cable/sat companies will take the exact same broadcast stream and compress it to send over their network to you. The result? Decreased quality. With an antenna, you get the pure broadcast, exactly as it was intended to be viewed.

Fifth: My country is switching to dtv! Now I have to sign up for cable or satellite!

NO! This is exactly what the sable or satellite providers WANT you to think. You can continue to use your antenna (yes, even "rabbit ears") as long as you have the proper conversion box.