What if your Apple TV was your cable box? The FCC wants you to have that choice 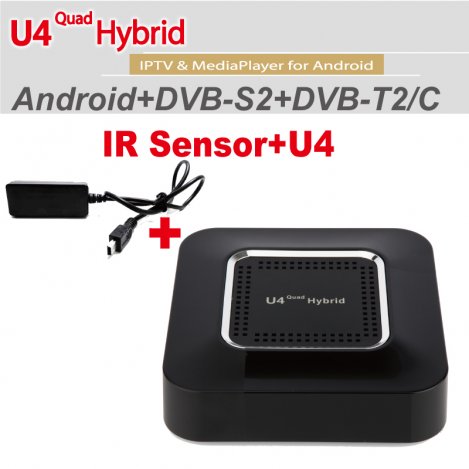 If you’re a cable or satellite subscriber, chances are that the innocuous-looking set-top box gathering dust in your living room has grown to become a decent slice of your monthly bill. That doesn’t seem to make a whole lot of sense in an age of cable apps and aftermarket boxes, and government regulators apparently agree. According to the Wall Street Journal, the Federal Communications Commission (FCC) will soon propose rules that would let subscribers opt for alternatives to their cable company’s equipment.

The effort, spearheaded by the FCC’s chairman, Tom Wheeler, would see content deliverers such as Comcast, Time Warner, and Cox compelled to give customers greater choice in set-top devices and services. Specifically, subscribers would have the option of using third-party hardware and apps if they so choose, rather than only those offered by their cable company.

“Today, 99 percent of pay-TV customers lease set-top boxes from their cable, satellite, or telco providers, ” Wheeler said in an editorial published to Recode. “Pay-TV subscribers spend an average of $321 a year to rent these boxes, because there are few meaningful alternatives, [and] the cost of cable set-top boxes has risen 185 percent […] It doesn’t have to be this way.”

His measure has its backers. Advocacy groups including the Consumer Federation of America (CFA) and Public Knowledge have voiced support, as have entertainment companies BET and RLJ Entertainment. “If you have a good program idea, some financing, and access to the Internet, you can find your audience, ” wrote RLJ Chairman Robert Johnson in an editorial in Hill. “But your audience can find you only if they have a modem or a set-top box or software that lets them know you are there and gives them access to your programs unconstrained by the network gatekeeper.”

Some of the proposal’s most ardent support has come from the tech sector. In a recent FCC filing, Google said the FCC “should commence a rule … to unleash competition in the retail navigation-device market.” And TiVo Senior Vice President and General Counsel Matt Zinn told the Journal in a recent interview that the company “see[s] great consumer benefits in choice, including lower cost [and] increasing desirability of cable service.”

Content providers aren’t so pleased, however. The Journal reports that more than 40 “telecommunications, media, and other groups” are expected to announce their opposition to the proposed rules on Wednesday as part of a newly-formed coalition. The FCC’s “government overreach, ” they maintain, would lead to losses in the order of billions of dollars (between $6 billion and $14 billion, the CFA estimates) as customers shed set-top rental fees.

They additionally argue that the measure would upend pay-TV deals with content companies who pay a premium for favored spots in channel lineups, and give tech companies access to customer metrics (i.e., which channels and programs are watched most frequently) they could use to sell ads against cable and satellite content. “They say it’s just a box, [but] it’s allowing another company to build an entirely different offering, ” said Michael Powell, former chairman of the FCC and now president of the National Cable and Telecommunications Association, told the Journal.

The new rules face opposition from lawmakers, too. In a letter to the FCC in December, more than two dozen members of the Congressional Black Caucus argued that an open set-top system could disproportionately affect programming and raise costs for consumers. Specifically, wrote Representative Yvette D. Clarke, the proposal would force users to buy expensive new hardware that wouldn’t necessarily be subject to the same regulations [including] privacy and emergency alert regulation, as pay-TV hardware.

Complicating matters further is an expected change in leadership at the FCC at the end of this year. In light of legislative and industry opposition and a shrinking window of opportunity, Wheeler intends to fast-track the rules for approval by the end of the year. “[Consumers] should have options that competition provides. Innovation will drive more options for user-friendly menus and search functions as well as expand access to programming created by independent and diverse voices, ” he wrote. “Let’s let innovators create, and then let consumers choose.”