What is an Optical Digital cable?

What is the difference between HDMI and optical digital cables? 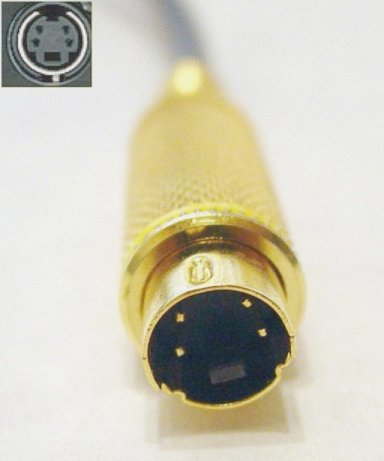 They are different media and also different protocols, despite they may carry the same thing (information).

Optical digital cables carry light, a single light which is modulated (turned on and off) very fast in time, and those on-off's are interpreted as ones and zeroes. The Optical fibres may contain any sort of digital information, and because it is so fast you can pack millions of ones and zeroes in a single second, and the speed in bits/second can be really big.

They (cheap ones) use a LED to generate light, adn a phototransnttor on the receptio side. The faster the speed, you need to use a laser, instead of a single LED (diode) as well as a PIN protodiode at teh receiver side.
Also the conducting media for the formers is noremally a metacrilate layered plastic (acrylic), and for LASER adn high speed, you must use a good glass fiber, while for LEDS you can use plastic, those are called POF (Plastic Optical Fiber) which are most of the commonly known Opticl Cables for Audio and Video (home and semi-pro), the speed there is low enough to use of the cheap LEDS and/or Laser's (like the ones used for Laser-Pointers).

The information sent (and received, because optical paths are also reversible, but most of the time there are 2 fibers one for forward, and only sometime a back-channer fibre) in this home-pro video and audio is so small (in terms of the maximal troughput of a optical link) that it can also be sent by means of a cble, mostly coaxial or twisted pairs liek ethernte or USB data-pairs. Home optical cables do not use bidirectional feedback, as well as I do know yet, but the cables are reversible in fact, as any copper cable.

HDMI, on the other hand is a signal/protocol normative and also a connector-type layout, that is intended to connect high speed digital or analog video+audio signals, they use several cables, and you can search for the norms on the internet, try Wikipedia, there is no need for me to reproduuce them here.

The main difference is that digital optical cables are able ot carry much more data, and are mostly unidirectional. HDMI is unidirectional for the main stream of data, but has a slow bidirectional back channel to allow he devices to 'conversate' and adjust the protocol and signal options, because the norm allows many sub0protocols to coexist, and the devices are designed to talk to eachother, seeking for the best link capabilities on both sides.

There are also differences on max length and insolation. For HDMO length is a matter, you cannot get a 100 meter HDMI working without failing to transmit the data, but you can have some kilometers of optical fibre before having to amplify the (single) channel. This is how transoceanic internet and data are today transmitted.

Insolation and fail safe, are other facts: you connect a cable adn you are electrically tied, so a electric surge can be transmitted, like a inrushing lighning, an arc, or a overvoltag/spark derived from a bad or failed transformer/electronics from an AC outlet, even a short circuit and a connection with a main power line may cauuse harm to both sides.

Optical cable is electrically insolated, so there is no possible harm to either receptor or transmitter, unless you inject a huge laser pulse in one extreme to harm a sensitive receptor, this is highly unlikely, unless done on purpose!

The most used norm for digital data is SPDIF which works with plastic fibre and LEDs or cheap lasers, for home appliances, as weell as some digital shor loops, less than 1Gbp speed, called FDDI. There is a similar norm called also FDDI for unipolar digital signal, carried by a coaxial cable; mostly used for audio, which is the same protocol, the distance can be bigger than POF but also depends on the receiver sensitivity, hardly exceeding 100 feet.

For kilometer long and reliable communication, you use single core optical glass fibres, they are two kind, gradded or multimode and monomode. They are very thin, protected by plastic and a kevlar side-fibre to prevent stretching and eventual glass- brittle. Those are the most ISP providers are using for internet and digital tv distribution, the most used normative is called GPON. C/Check Wikipedia. this is monomode fibre, using medium priced lasers and/or led's capable of up to several Gb/s, exceeding a 100Mb/s internet connection adn television streaming for even 4k signals.