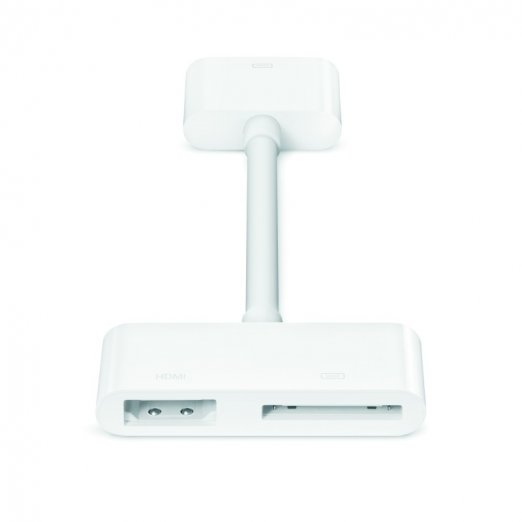 I originally purchased my Apple 30-pin Digital AV Adapter to mirror whatever’s on my iPad 2 or iPhone 4S screen to my TV screen and for a year or two, it worked well! So I would have originally rated this product as a 4 out of 5 stars. But since I updated my operating system to iOS8 (on both my iPad and iPhone), my adapter no longer works properly.

Currently, for a split second after connection, my iPad will mirror the image on its screen to the television but then quickly cut the image to display the following message: "This accessory is not supported by this iPad." This unfortunately was never the case before upgrading the operating system.

On my iPhone (iOS Version 8.1.2), it too will mirror the image on its screen to the television temporarily but then cut the image to display the following message: "This accessory is not supported by this iPhone."

Why I know that this is an issue with the latest software is because when I use my wife's iPhone 4S, a phone in which we have NOT updated the operating system (it is still running iOS 7 (7.0.4), it continues to work perfectly with the digital AV Adapter. Thus, the adapter is not faulty.

So I'm hoping that this post informs others and tells the Apple engineers the information they need to fix this issue as it seems the new operating system software no longer has compatibility with this Apple adapter.

Apple, from the other posts, it seems like this is a fairly common issue as others have mentioned the same thing so please fix this issue promptly since I not only use this technology for my personal use but also my teaching practice.

In closing, after looking at the Apple Store - Shop Accessories - Compatibility. Your Apple website still proclaims that the aforementioned Apple Digital AV Adapter connects "to your iPad, iPhone 4, iPhone 4S... via the 30-pin dock connector." This is inaccurate information! As you look further in the Ratings and Reviews section for this same product, many Apple users seem to be encountering similar difficulties with their adapters. Apple, you need to continue to support your products or fear a lack of customer loyalty in the future.